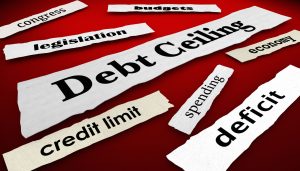 As we move into the fourth quarter of calendar year 2021, the uncertainty over the Administration’s tax policy remains a significant challenge for businesses and individual taxpayers. While most taxpayers would favor policies that keep tax rates as low as possible, many business taxpayers would prefer predictability from a tax perspective instead. Knowing the rules of the game will remain consistent is much better than continually changing the rules and being kept in the dark.

For businesses and individual taxpayers seeking stability, the current climate presents a trifecta of uncertainty. In addition to continued negotiations over the timing of a vote on the Bipartisan Infrastructure Plan, and the content and price tag of the tax and spending package, Congress is now also facing a need to raise the U.S. federal debt limit or ceiling in order to avoid a first-ever default on some of the government’s obligations.

The debt ceiling matter, if not resolved in a responsible manner by Congress, could have a more profound impact on businesses and the economy than an increase in taxes, at least in the short term. Debt ceiling limits have generally been addressed in a bipartisan manner, given the gravity of a default. Currently, Senate Republican Leader Mitch McConnell argues that Democrats should raise the debt limit through their own efforts given that they want to spend $3.5 trillion on the President’s economic agenda. The Democrats argue that raising the debt ceiling is necessary to address the spending for the COVID relief bills of 2020 and the lost revenue from the 2017 tax cuts during former President Trump’s administration.

Senate Republicans have filibustered twice to block debt ceiling measures from advancing in the 50-50 chamber, where 60 votes are needed to proceed on most legislation. Senate Democratic Leader Chuck Schumer has called on Republicans to give their consent to let Democrats clear it with just 51 votes, instead of using the filibuster. Senator McConnell made it clear that Republicans remain united behind their demand that Democrats act on their own through a budgetary process called reconciliation, which could take nearly two weeks to complete. This would move the U.S. closer to default before such action could be effective.

The debt ceiling will be addressed in one of the following manners:

As stated above, the $3.5 trillion tax, spending and climate package is the centerpiece of the President’s economic agenda. The Democrats know that this plan will pass, even if it’s simply through the reconciliation process which will require all 50 senators in the party to support the bill. Centrist Democrats in the Senate, Kyrsten Sinema of Arizona and Joe Manchin of West Virginia, are the main hold outs standing in the way of this package being finalized for a vote.

Senator Sinema has been less forthcoming on what her objections are with the current proposal or what her objectives are for an acceptable alternative. Senator Manchin, however, told Senate Majority Leader Chuck Schumer in July (though just learned publicly last week) that he wanted the measure limited to $1.5 trillion. Ongoing negotiations may mean hitting an acceptable cost figure somewhere in the middle that satisfies all parties; but, how to get to that number will mean deciding exactly what provisions will be included in the social safety net and climate plans, and perhaps the number of years over which any agreed upon programs will exist under this particular legislation. To get to a position that everyone can agree on, some Senators are arguing that the focus needs to be on the spending programs that all Democrats will agree on rather than on the acceptable cost to any particular Senator.

We will continue to monitor developments in these areas and keep you informed. If you have any questions, please do not hesitate to reach out to your BMSS professional.