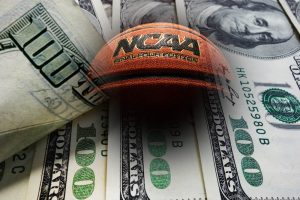 Name, Image and Likenesses (NIL) has been in the news – sports media and generally – in a significant way since the summer of 2021. California started the ball rolling in 2019 when it became the first state to pass a law allowing college athletes to be paid for use of their NIL. The law was initially set to take effect in 2023, and later accelerated to September 2021 as momentum for NIL grew around the country. Although not directly dealing with NIL, a U.S. Supreme Court decision in the summer of 2021 is seen as one factor that set the stage for the expansion of NCAA-approved NIL activity. In allowing athletes to benefit from NIL, the NCAA stressed that the rules against university-funded pay-for-play and recruiting inducements still applied.

Coming to the scene so soon before the 2021 college football season, NIL activities were not well organized during that season. During the 2021 season and since, however, more organized efforts to capitalize on NIL have been significant. These developments have led many to question whether the rules against pay-for-play and recruiting inducements have any teeth or should even apply. Exhibit A is the highly publicized comments by University of Alabama Coach Nick Saban earlier this year and the retort from Texas A&M Coach Jimbo Fisher. While all of this is entertaining for fans to talk about, NIL activity brings another reality to many college athletes.

No Free Ride (from a Tax Standpoint)

By now, most student-athletes have come to realize that a significant portion of their NIL deals are going to Uncle Sam. Most student-athletes are between the ages of 18 and 22 and have never filed a tax return. Therefore, some may not have known that they would be required to report their NIL deals to the IRS. If not sufficiently warned, the earliest recipients of NIL deals may have been unaware of the extent to which they would owe taxes and might not have earmarked enough of the benefits to pay the taxes. Athletes at schools lacking student support and education services may be in for a rude awakening when they receive IRS notices related to non-filing and even those athletes aware of their filing responsibilities may be surprised by the resulting tax bill.

NIL payments are taxable, and student-athletes must report them on their income tax returns if the amounts received meet the income thresholds for filing. If a student-athlete is on the payroll of a company and receives a W-2, then they don’t have to file unless their total compensation is over $12,550 ($25,100, if married and filing jointly), except in cases where they want a refund for taxes withheld. Many student-athletes, however, are likely considered independent contractors and need to file if they receive $400 or more. In the latter situation, they should have received a Form 1099 from the payor if total payments from a single payor reached more than $600.

In addition to monetary compensation, student-athletes also must report the fair market value of personal property compensation such as free headphones, cars, and other forms of property compensation. The tax on these items could create problems if they did not receive enough cash to cover the taxes on such property. This compensation as an independent contractor is also subject to self-employment tax and income tax and must be reported on Schedule 1, Part II of Form 1040.

As independent contractors, student-athletes are subject to full portions of self-employment tax as well as income tax on their NIL compensation and must report this income on the appropriate tax forms. Self-employment tax kicks in if they receive more than $400 and an additional 15.3% of tax is assessed on such income up to a total income of $142,500.

In addition to self-employment tax, student-athletes are subject to regular income tax at the federal and state level. Federal income tax rates are capped at 37%. Additionally, all income over $3,000 is taxed at 5% in Alabama.

Note, that much like in other forms of compensation, not all income is taxable because the IRS allows deductions for ordinary and necessary expenses incurred to produce income. Student-athletes who are compensated as independent contractors should track certain expenses related to their production of NIL compensation to claim deductions and lower their taxable amount. Such deductible expenses include certain portions of accounting and legal fees, business mileage, business travel, business meals, supplies, charitable contributions, and many more.

Student-athletes classified as independent contractors must be aware of the obligation to pay estimated taxes to avoid significant costs from underpayment of estimated tax penalties. Underpayment of estimated tax penalties is avoided by paying estimated tax payments equal to either 90% of the tax due on the current year’s tax return, or 100% of the tax owed on the previous year’s tax return. Clearly, paying 100% of the previous year’s tax is easier or more predictable than estimating 90% of the current year’s tax. In some cases where student-athletes have adjusted gross income over $75,000 ($150,000, if married and filing jointly), then they must pay protective estimates of 110% of prior year tax instead of 100%.

Student-athletes expecting their NIL compensation to significantly decline compared to the prior year may wish to estimate 90% of the current year’s tax so that they don’t pay more than necessary. Estimated tax payments are due in four equal quarterly payments on April 18, June 15, September 15, and January 17 of 2023.

In conclusion, it is vital for student-athletes with significant NIL benefits to realize the increased tax reporting and payment burdens that accompany the financial rewards from NIL deals.   If you have any questions or inquiries, feel free to reach out to a BMSS representative by calling (833) CPA-BMSS or visiting our website.