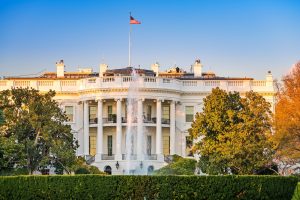 Any change in Presidential Administration brings the possibility, indeed the likelihood, of tax law changes and the election of Donald Trump as the 45th President of the United States is no exception. During the campaign, President-elect Trump outlined a number of tax proposals for individuals and businesses. This letter highlights some of the President-elect’s tax proposals. Keep in mind that a candidate’s proposals can, and often do, change over the course of a campaign and also after taking office. This letter is based on general tax proposals made by the President-elect during the campaign and is intended to give a broad-brush snapshot of those proposals.

At the same time, the end of the year may bring some tax law changes before President Obama leaves office. This letter also highlights some of those possible changes with an eye on how late tax legislation could impact your year-end tax planning.

President-elect Trump also identified during the campaign a number of tax-related proposals that he intends to pursue during his first 100 days in office:

This rate structure mirrors one proposed by House Republicans earlier this year. During the campaign, President-elect Trump did not detail the precise income levels within which each bracket percentage would fall, instead generally estimating for joint returns a 12 percent rate on income up to $75,000; a 25 percent rate for income between $75,000 and $225,000; and 33 percent on income more than $225,000 (brackets for single filers will be half those dollar amounts) and “low-income Americans” would have a 0 percent rate. As further details emerge, our office will keep you posted.

President-elect Trump proposed during the campaign to repeal the alternative minimum tax (AMT). The last time that Congress visited the AMT, lawmakers voted to retain the tax but to provide for inflation-adjusted exemption amounts.

During the campaign, Trump proposed to repeal the federal estate tax. The unified federal estate and gift tax currently starts for estates valued at $5.490 million for 2017 (essentially double at $10.980 million for married individuals). The Trump plan, however, appears to propose a capital gains tax on assets held at death if the decedent’s assets are valued over $10 million. It is unclear as to whether this refers to a realization of capital gains at death, or the elimination of the basis step-up for assets held at death and subsequently sold. This additional proposal has already been criticized by some Republican members of Congress, while some Democrats have raised repeal of the federal estate tax as a non-starter.

Earlier this year, the IRS issued proposed regulations that generated concern about the future of the discounts allowed in valuing family-controlled entities. The IRS has recently indicated that the concern caused by dramatic limitation of marketability and minority discounts was not its intention. In addition, it is probable that the administration of president-elect Trump would not support these regulations as they are currently written. As a result, there is now a strong sentiment that these regulations will not be finalized anytime soon, if at all.

Possible new family-oriented tax breaks were discussed by President-elect Trump during the campaign. These include the creation of dependent care savings accounts, changes to earned income tax credit and enhanced deductions for childcare and eldercare.

The Affordable Care Act (ACA) created a number of new taxes that impact individuals and businesses. These taxes range from an excise tax on medical devices to taxes on high-dollar health insurance plans. The ACA also created the net investment income (NII)tax and the Additional Medicare Tax, both of which generally impact higher income taxpayers. The ACA also made significant changes to the medical expenses deduction and other rules that affect individuals. For individuals and employers, the ACA created new mandates to carry or offer insurance, or otherwise pay a penalty.

President-elect Trump made repeal of the ACA one of the centerpieces of his campaign. During the campaign, the President-elect said he would call a special session of Congress to repeal the ACA. At this time, how repeal may move through Congress remains to be seen. Lawmakers could vote to repeal the entire ACA or just parts. Our office will keep you posted on developments as they unfold.

Particularly for small businesses, Trump has proposed a doubling of the Code Sec. 179 small business expensing election to $1 million. Trump has also proposed the immediate deduction of all new investments in a business, which has also been endorsed by Congressional tax reform/simplification advocates.

The current top corporate tax rate is 35 percent. President-elect Trump called during the campaign for a reduction in the corporate tax rate to 15 percent. He also proposed sharing that rate with owners of “pass through” entities (sole proprietorships, partnerships and S corporations), but only for profits that are put back into the business.

Based on campaign materials, a one-time reduced rate would also be available to encourage companies to repatriate earnings of foreign subsidiaries that are held offshore. Many more details about these corporate and international tax proposals are expected.

Some of these bills, if passed and signed into law, could impact year-end tax planning. The expiring extenders include the popular higher tuition and fees deduction along with some targeted business incentives. If these extenders are renewed, or made permanent, our office can assist you in maximizing their potential value in year-end tax planning.

When the 115th Congress convenes in January 2017, it will find the GOP in control of both the House and Senate, therefore allowing Trump to move forward on his proposals more easily. It remains to be seen, however, what compromises will be necessary between Congress and the Trump Administration to find common ground. In particular, too, compromise will likely be needed to bring together GOP fiscal conservatives who will want revenue offsets to pay for tax reduction, and Senate Democrats who have the filibuster rule to prevent passage of tax bills with fewer than 60 votes. And beyond considering tax proposals one tax bill at a time, it remains to be seen whether proposals can be packaged within a broader mandate for “tax reform” and “tax simplification.”

The information generally available now about President-elect Trump’s tax proposals is based largely on statements by him during the campaign and campaign materials. President-elect Trump will take office January 20, 2017. Between now and then, more details about his tax proposals may be available. Please contact our office if you have any questions.