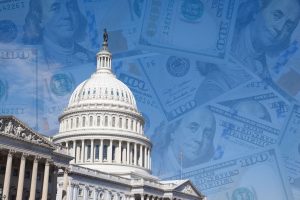 In June, we provided a summary of the Green Book proposals, a glimpse into the Biden administration’s tax plan. On Monday, House Committee members made a new proposal (the “Proposal”) to finance their $3 trillion infrastructure plan. The Democrats struggled to obtain enough support for the original proposals suggested in the Green Book this past summer, even among their own party members. As a result, this new Proposal significantly cuts back on some of the more drastic changes originally proposed in the Green Book with the hope that wary democrats will be more likely to cooperate.

The new Proposal calls for a 25% top capital gain rate (plus a 3.8% Medicare surtax on high earners). This is a significant decrease from the Green Book’s original 39.6% proposal (43.4% with the surtax on high earners), however, it is still a twenty-five percent increase over the current 20% top rate. As before, the expectation is to apply this retroactively. Though, at this time, it is still uncertain what the exact effective date will be.

The Proposal leaves out the original Green Book plan to end the basis step-up at death and subject wealthy taxpayers to income tax on the appreciation of their assets at death. Many democrats worry about the consequences ending stepped-up basis could have on family-owned businesses. Therefore, the new Proposal seeks to rally the support of democrats that were timid over this part of the Green Book proposals. The Proposal instead accelerates the reduction of the current $11.7 million estate and gift exemption back down to $5 million (plus an inflation adjustment). Under the current law, this reduction is set to occur on January 1, 2026. Under the Proposal, the lower exemption would apply to gifts and deaths after December 31, 2021.

The Proposal keeps its original top marginal rate at 39.6% plus a 3% surtax on individuals with AGI over $5 million. Except for the surtax, this is the same rate as before the Tax Cuts and Jobs Act.

The Proposal only limits carried interest to those investments held for more than five years. This requires a two-year additional holding period over the current three-year requirement. The Green Book proposal called for the “loophole” to be closed altogether.

The Proposal disallows contributions to retirement accounts once the account reaches $10 million in total value. Currently, contributions are not limited.

The Proposal adds a graduated rate to the corporate tax structure instead of the current flat rate of 21%. The structure taxes the first $400,000 at 18%, then 21% up to $5 million, and finally 26.5% thereafter. Lastly, the graduated tax rate phases out for corporations making more than $10 million. The Green Book proposal called for a 28% flat rate on all corporations.

As with the Green Book, the preceding discussion summarizes changes that are merely proposals at this point, and it is uncertain whether they will become law in their current form. Furthermore, this is only a summary of the more important provisions of the new Proposal and is not a full list or explanation of changes. If you have any questions or concerns with the new proposals, please contact your BMSS professional for more information and how you may be affected.