The new rules replace the existing partnership audit guidelines that have been effective since the passage of the Tax Equity and Fiscal Responsibility Act of 1982 (TEFRA). The legislation is rather complex and grants the IRS significant regulatory authority to work out the details.

The new rules are different in many respects, but perhaps one change is most noteworthy, and provides the most potential for unpleasant surprises to uninformed partnerships and their partners – past, present and future. Generally, under the new rules, any adjustment to items of income, gain, loss, deduction, or cred 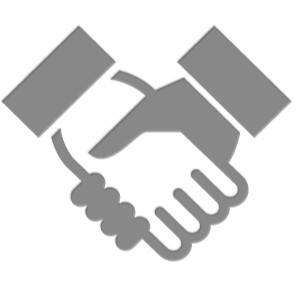 it of a partnership for a partnership taxable year (and any partner’s distributive share thereof) shall be determined, and any tax attributable thereto shall be assessed and collected, at the partnership level, rather than passing through to the individual partners for the tax year adjusted.

Let that last phrase sink in for a moment…. When the tax is assessed and collected at the partnership level, the current partners of the partnership, without any binding agreements to the contrary, will bear the economic burden (or benefit perhaps) of the tax assessment, even though it is possible that they might not have been a partner in the year under examination. Furthermore, a former partner during the year under examination will generally bear no economic burden of the tax assessment, without any binding agreements to the contrary.

Under the rules, the IRS will assess the partnership in the year the adjustment is made, rather than the tax year that was under examination. The imputed underpayment will generally be taxed at the highest individual rate. Under its broad regulatory authority, however, the IRS may establish rules that could adjust this rate if the partnership proves that partners are subject to a lower rate.

As mentioned, these new rules are very complex and a complete summary is beyond the scope of this communication. Partnerships and partners, however, should become educated on the complexities before they are effective and consider possible modifications to existing partnership agreements, and the desired provisions in new agreements to reflect the new rules and protect the interests of partners and partnerships. These provisions should necessarily include the ramifications of transfer of partnership interests under these rules.

Possible drafting considerations include, but are not limited to:

Such actions as those listed above and others will make the tax adjustments and /or payments of tax arising from an IRS examination of a partnership, a more predictable situation for the partners and the partnership, minimizing unintended circumstances.  If you would like to discuss these new rules further, please contact your BMSS professional at (205) 982-5500 or visit our website at www.bmss.com.